At just four-months-old, Fearn, Eadha, Rose, Cora, Darach and Simon are beginning to look less like bundles of fur and resemble the poised beasts they will become. The six cubs and their parents, located in the 4,500 square foot RZSS Highland Wildlife Park, make up Scotland’s first wolf pack to roam the highlands in twelve years.

The pack is the culmination of efforts to reintroduce wolves to Scotland that first began in the 1960s. With successful reintroductions of wolf packs in Yellowstone and the South East of the United States, Scotland is exploring the idea of reintroduction to mitigate the damaging effect of deer populations on the region’s landscape.

In Yellowstone in 1996, the reintroduction of wolves dramatically changed the landscape. Elk, which had kept shrubs small and destroyed saplings before they could grow into fully formed trees, became skittish almost immediately. They began moving much more frequently to evade the predators, allowing trees to spruce and bushes to grow. Birds moved back to the area. Beavers began building dams from the abundance of trees, which created pools of water, which then attracted even more wildlife.

Wolf reintroduction was part of an effort to reinvigorate the Yellowstone ecosystem. Now in Scotland, these six cubs represent the reinvigoration of the Scottish Highlands.

But the Scottish fairy tale does not seem as clear-cut. The issue of wolf reintroduction has triggered an angry backlash from Scottish sheep farmers who fear the wolves will harm their livestock. 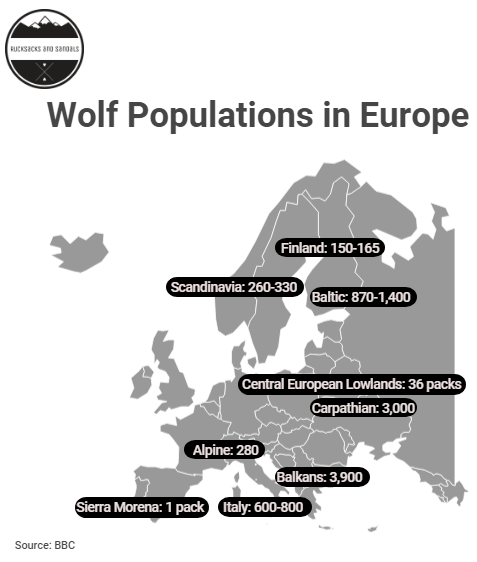 Reintroducing wolves without the farmers’ blessings would only create tension and could jeopardise the whole program. Wolves were hunted to extinction before and could be again if local farmers vilify them for sheep deaths and launch an aggressive resistance campaign.

In Europe, farmers have developed strategies to protect their livestock and man and wolf live in harmony. Wolf stocks are strong and rising. Farmers use both traditional and modern methods to protect their flocks. They keep dogs but also use monitors to detect a raised heart rate among the sheep, indicating the presence of a predator.

In many countries, farmers receive compensation for any animal that is killed by wolves. This has created a cohesive environment for humans and wolves to coexist peacefully.

But in Scotland, the farmers are sceptical about the bureaucracy that would be required in receiving compensation. Many believe the wolves were killed off because they interfered with agriculture in the region. They disagree that the two species can coexist peacefully and harmoniously.

As the wolf debate rages on, the process of “rewilding” Scotland and the rest of the UK continues. Beavers have seamlessly slipped back into the Tay, as though they have never been away. The Lynx UK Trust is planning to reintroduce the cat into the Highlands and there is an increasing number of wild boars.

The future of the six cubs at the centre of the debate may depend on the successful integration of these other species. Should these successfully integrate into the Scottish Highlands without hiccup or incident, the reintroduction of this apex predator might go ahead despite the resistance. The wolves howl may ring out across the Highlands once more thanks to these pioneering parents and their six fluffy cubs.